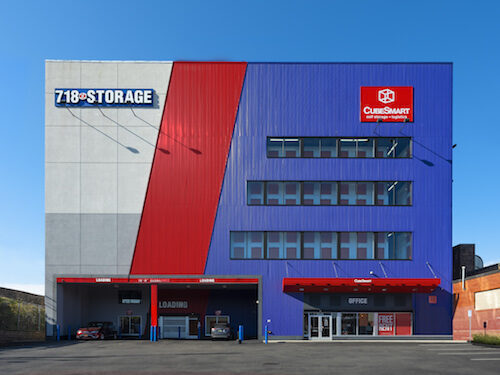 Self-storage giant CubeSmart is expanding its footprint in the city with a $540 million deal to acquire eight self-storage properties in Brooklyn, Queens and the Bronx from developer Storage Deluxe. The portfolio includes more than 780,000 square feet of rentable storage space, to be added to CubeSmart’s list of 1,256 warehouses across the country.

Movement out of Manhattan and into the outer boroughs was a sign of positive growth for storage needs in those areas, said the company’s chief executive, Christopher Marr.

The deal is expected to close by the end of the year.

It isn’t the first arrangement that the business partners have done together. Most of Storage Deluxe’s properties are operated by CubeSmart.

“The timing of this opportunity allows us to take advantage of strong fundamental trends for self-storage in the boroughs,” Marr said.

While the Covid-19 pandemic has rocked real estate in the city, warehouses and storage facilities have been some of the best performing assets, experts say, and have seen record prices since March.

As of the second quarter this year, Queens led industrial leasing activity, followed by Brooklyn and the Bronx, according to a Cushman & Wakefield report. Asking rents increased across all of them during the year, especially in the Bronx, where they rose 26%.

“When I began investing in self-storage in 1998, I identified New York City as the best market in the country and, over 20 years later, I still believe that,” said Steven Guttman, Storage Deluxe’s founder.

CubeSmart shares are up nearly 60%, and Public Storage grew more than 40% since taking a dip in March. Other real estate investment trusts with office or retail-heavy portfolios, like Vornado Realty Trust and SL Green, are still trading at less than half of their pre-pandemic value.

“The profit margins on individual storage units are enormous,” said Mary Ann Tighe, chief executive of CBRE’s tristate region. Now that New Yorkers are moving around and rethinking their need for space, storage units are becoming more popular, she said.

The demand for e-commerce during the pandemic also highlighted the need for extra space to store goods. Warehouse leases this year, led by Amazon, propped up the sector during the pandemic. They included the e-tailer’s 300,000-square-foot deal in Queens, one for 205,000 square feet in the Bronx and another for 975,000 square feet at a Staten Island logistics center, where it sorts packages before delivery.